One in 365 days, compared to 2 a week, resulting in being affected 4-5 days in a week when I first started this blog!

Still not sure what is working, the anti-migraine smoothie every day, the supplements, or something different.  But please just keep doing what you’re doing!

Happy New Year everyone!  And Happy Migraine New Year!  I hope it’s an even better migraine year that last year!

I have had one migraine in the past year.

Let me repeat that.

I have had ONE migraine in the past year.

If I would have written this yesterday, the number would have been two.  So, I was patiently waiting out yesterday, so I could say those awesome words of one migraine in the past year.

I had one on September 7, 2015, following a fun, partying weekend which I believe the migraine was the payment for the fun.  See here.

And I had one on Cinco de Mayo of this year.  See here.

I have no special secret sauce, no explanation for this.

In terms of typical migraine triggers, I’ve had above my fair share.  My stress level for a large portion of 2016 reached levels that I don’t believe I’ve seen before.  That resulted in lack of sleep, lots of wine, chocolate, and definitely not eating as healthy as I have in past years, yet a decrease in migraines.

So, what’s working for me?  The constant continues to be my daily anti-migraine smoothies, Butterbur with feverfew, and B-2.  Same as the year prior where I had 9, and the year before that was my most migraines logged at 23.  The year of 23 resulted in having multiple migraines per week.  Each of my migraines last from start to finish: three days.  So, you can see why having one in the past year, that’s pretty freaking awesome.

Maybe I’ve grown out of them.  Maybe the lovely hormones that have come with me in my mid 40’s have assisted with keeping my migraines at bay.  If so, I’m hoping those same hormones aren’t resting me up for some huge whopper of new crap in the future. Trying not to let myself get too anxious with that though.

My second birthday of my little blog here just passed yesterday.  It’s definitely become somewhere that when I’m not writing about migraines, I’m expressing everything from my love of my cat litter box, to challenges with my kids, Pokemon GO, and a plethora of other stuff that no longer takes space up in my head once I write about it and click “post.”

Thanks for all the support I’ve been given over these past years!  I’ve loved it, and I really appreciate when some of my words strike a chord and relate with others!  Hope I’ve even gotten you to laugh a time or two! 🙂

Over the past two years, I’ve written 127 posts, and as a combination, those posts have been viewed 7,764 times.  That’s wild man.

Here are the top five posts viewed over the past two years:

And the one that started it all:

One migraine in the past year.  I am definitely winning!

200 days of no kaleidoscope eyes.

200 days of no numb, anti-present feeling for hours following the kaleidoscope eyes.

200 days of no head splitting headache the day after the kaleidoscope onset of my migraine.

Green migraine smoothie, B-2, Feverfew, Butterbur, (aka my anti-migraine potion), no afternoon coffee, and monthly chiropractor visits.  These are the things I’ve done consistently for 200+ days.  Something in this equation is working for me right now.

I am very fortunate that at this time I seem to be in between rounds of my fight against migraines.  I am a realistic person, and not going to say that I am retired from fighting.  I just know that what I’m doing right now, is winning the fight.  What started as a blog surrounding my migraines, has allowed me to write about all sorts of things while I’m in between rounds, and it’s been fun.

During this time, I’ve referred back often to my ‘anti-migraine potion‘ that seems to be what’s working for me.  I’ve recently talked to two people I know about their current struggle with migraines, and the frustration that comes with it.  I wish there was a magic one size fits all pill for migraine sufferers, but there is not.  The pill that I was instructed to take unfortunately held hands with possible side effects of suicidal thoughts and the lack of being able to put a sentence together.  That was when I knew I had to try everything else I had ever read about before succumbing to that option.  Some people are lucky and are able to find the right fit to help combat their migraines.  For the ones who haven’t found their answer to help relieve their migraines yet, keep pressing on, keep exploring options for what will work for you.

I went to the doctor yesterday for a routine physical.  As I arrived in the office, I semi-panicked wondering if the spots in my eyesight were from the bright sunlight coming though the windows, or if a migraine was coming on.  Anxiety and panic swept through me as I began to rub my forehead, and then press my earlobes closed multiple times.  Not sure why I feel like this helps maybe prevent one, but I do feel that, so I had no shame in putting my fingers in my ears and pressing repeat as I was in the middle of talking to the receptionist, reporting to her that I was worried a migraine may be coming on.  I then went on to make myself yawn a few times (I read somewhere that yawning relaxes your body and could prevent a migraine from coming on.  Whatever, it’s now part of my routine.)  No shame.  I don’t care about looking cool, or even sane if any of my weird habits work.  No migraine came, and I  think it’s safe to say it’s not because I closed my ears about 20 times, but it makes me feel better.  My migraine fear was still on my mind as I realized it was funny to list my vitamin and herbal supplements as the three things I take as my ‘medications’ for the first time in that doctors office, the nurse not familiar with what any of them were.  The doctor, after learning about my migraines, pulled up some information on an electronic headband type thing that is supposed to be beneficial to migraines that he recently read about and found interesting.  Here it is.  You never know, it may be an added step to accompany my ear closing regimen in the future.

Migraines are so much more than just a headache.  Migraines often come with, or lead to, both anxiety and depression.  These are the things that at times can take a bigger toll than the actual migraine itself.  Having people around you that listen to you, and respect what you are experiencing makes such a difference.  Be your own detective, keep pushing the envelope if and when your doctor wants to give you their auto-migraine-sufferer-speech and auto-prescriptions.  Research.  Not only medical research, but research other migraine sufferers.  I have found a wealth of information through following people who blog about their migraines.  Find the best option for you!

I am going to continue to celebrate between my rounds of this fight.  Good luck to you, keep fighting the fight!

It’s been 127 days of life free from migraine headaches.

The word ‘migraine’ hasn’t been thrown around on a weekly, or even daily basis around my house by my children, husband or myself for quite a while.  That’s a new habit, because our old habit was being worried that a migraine was coming, had happened, or had occurred the previous day therefore I was still in the awful haze of dullness with the ridiculous headache that could stop me mid step.

I’d like to thank the Academy…oh no, I mean, Butterbur, Feverfew, B-2, and my green smoothie.  Otherwise known as my anti-migraine potion.  I honestly have no idea what the main contributor to my new habit is, but I’m thanking them all so they continue to work together. 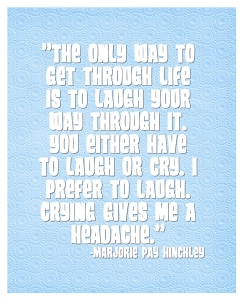 It has been 74 days since my last migraine.  This is pretty unreal.  If you want to know why 74 is relevant, you can see my post regarding my 49th day here:

Over these last 74 days, there have been so many times that I’ve gone into stores or places where I have previously gotten migraines, always leaving feeling like I got away with something as I left with no migraine.  This should be a normal thing, going places and it not triggering a migraine.  I think it will take a lot longer than 74 days to feel like not getting migraines is normal.  There is some anxiety with this success, such as when is one going to come again, and when I do get one again, is it going to be a king daddy whopper of a migraine that knocks me down for multiple days?

What a puzzle this migraine trip has been.  Gotta celebrate this success though, it’s wild.  Migraine relief is not a one size fits all.  Mine so far consists of daily green smoothies and herbal supplements.  For details, click on  Anti-Migraine potion (my first blog post) in the menu above.

When I went to pick up a new bottle of Feverfew today, they had Butterbur in stock.  This was the only thing missing from what I had researched and wanted to try to prevent and/or relieve my migraines.  It is now going to be added to my daily herbal supplement and green smoothie anti-migraine regimen.

This is what the back of the bottle reads:

‘Modern scientific studies have demonstrated that Butterbur supports healthy blood flow to the brain and healthy neurological function.  Petasins, the active constituents in Butterbur, have been shown to play a role in minimizing the frequency and severity of neurological discomfort triggered by bright lights and stress that occasionally occurs in healthy individuals.’

We’ll see.  I’m adding it to what I started back in early August.  It’s been 55 days and I’ve had two migraines in comparison to the two per week that got me started on this journey.  Not sure what specifically to credit, but I’m sticking to it.

Below is a link to my first post which outlines the herbal supplements and migraine smoothie that seems to be working for me!